"We've been conditioned to think that only the work on the walls of the exhibition space is art, but art is where you find it:
in the alcove by the recycling area, in the preparator's shop, behind a jumble of crates near the shipping dock. [...]

Even with these simple wallworks, there are so many conflicting messages arriving simultaneously that you just don't know what to do with it all.
There's a moment of blind panic, a tiny crisis of meaning and intent. Meanwhile, the color fields are just resolutely themselves.
They seem to just go about their business, wrapping around corners, ignoring vents and light fixtures, continuing behind bookcases and shelves.
That deadpan presentation makes it stranger to me – stranger and funnier." 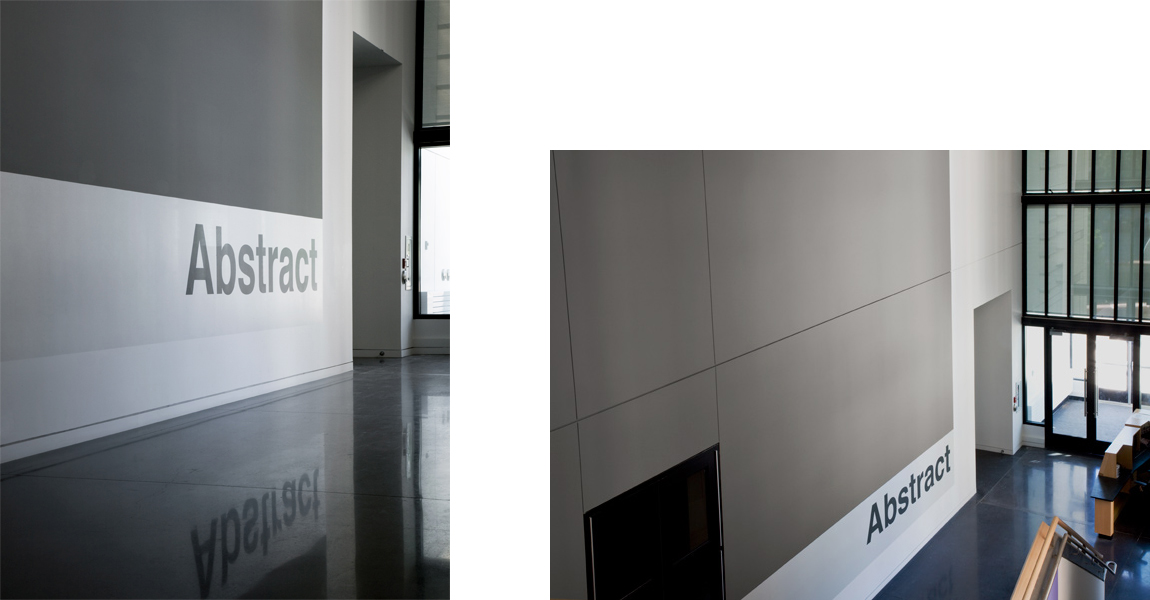