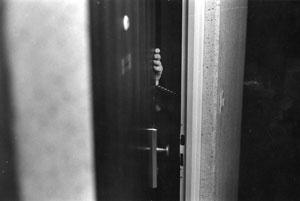 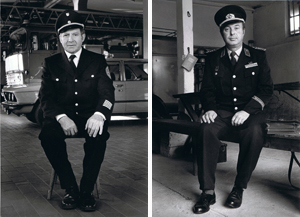 Photographer Dirk Reinartz and journalist Wolfram Runkel visited several places on their voyage of discovery through Germany: a farm in what was then known as the eastern zone border region. A high-rise in Hamburg. People in Jena and people in Erlangen, all of whom had done well in the world. Foreign youth in a satellite town. Cologne at Karneval time. Families seeking political asylum in the Germany. And then finally women and men who view themselves as typically German.

Diverse milieus, diverse people. Reinartz didn’t simply photograph them --- he made sure that what was typical about them shone through. The result is a German gallery, featuring jovial Karneval merrymakers, an authoritative fireman from Jena and a devoted-looking nurse from Worpswede.

These portraits are accompanied by Wolfram Runkel’s reportage. He succeeds in getting inside the screwiest attitudes and ways of life and bringing them closer to the reader with his detailed descriptions and accounts. These pictures and stories from Germany show that the good old German virtues are still alive and well today – virtues like orderliness, punctuality, industriousness. In both Germany-West and Germany-East. The only thing is that those who make a cult out of them often display something anarchic or even naively amoral in their behavior.
Press text – Steidl Verlag, Göttingen