The Omega Suites
From 1991-1998 photographer Lucinda Devlin entered two thirds of the prisons in the United States which carry out the death penalty and photographed the unoccupied execution chambers within. The photographs are part of a logical progression of projects exploring the intimacy of the body in relation to procedures, whether medical, judicial or therapeutic, which require varying degrees of passivity from the participants. Although her intention was not to create a polemic on the death penalty, still, the work has often been perceived in this way through the ensuing years.

The Omega Suites, as the resulting work is entitled, has illuminated, through its power as art, an aspect of American society that continues to cause conflicting dialogue, calling into question the basic precepts of what constitutes a civilized society.
The artist has accomplished this without imposing a personal point of view, preferring to allow the individual viewer to come to their own conclusions regarding these spaces and their use.
(Abstract for the “Last Gaze” conference, Nov 19, 20th 2009 at the Braunschweig University of Art) 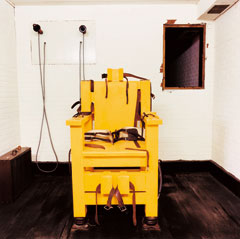 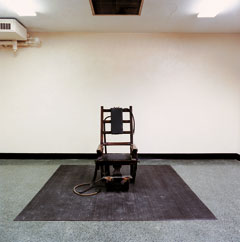 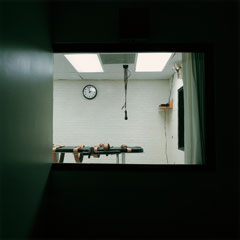 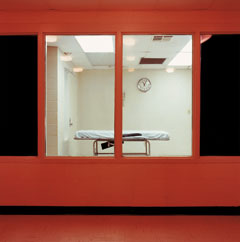 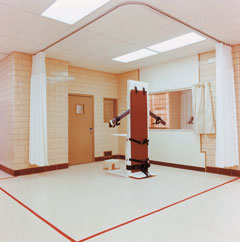 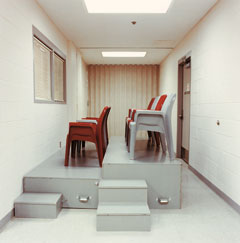