Series of works by Antje Dorn
The Berlin artist Antje Dorn confronts us with situations and constellations from our everyday life. Dorn toys with our viewing habits by changing the context of certain pictorial elements, thus allowing us to see them with new eyes: The series Bauten defy the logic of gravity, Milkyway shows geometric landscape paintings and in Rare Animals And Numbers unusual creatures with numbers on paper can be seen.

In the Big Birds, small Birds series, imaginative birds and animals are the protagonists. Each picture tells its own little story in which the creatures travel in groups or alone.

New works by Antje Dorn that revolve around the motif of the road with all its different directions and turns. In terms of content, the artist revisits with “Traffic” the theme of her series "Passage". 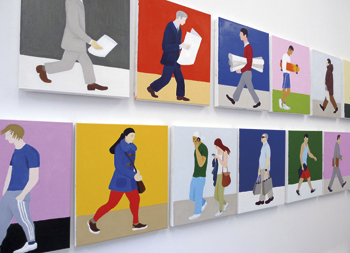 The 45 oil paintings in varying formats all depict people walking, just as they can be seen doing daily in cities everywhere. 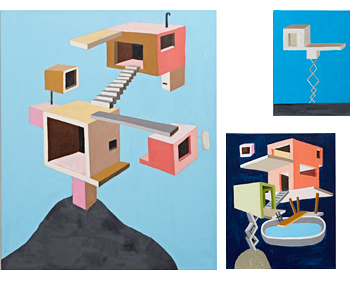 Antje Dorn avails herself of the creative freedom inherent to painting to develop architectural fantasies in her series “Bauten”. 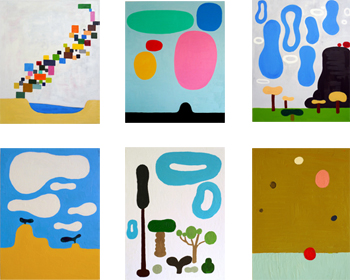 In the 45 abstract landscape paintings of the Milkyway series, diverse forms and bright colours extend across monochrome painting grounds. 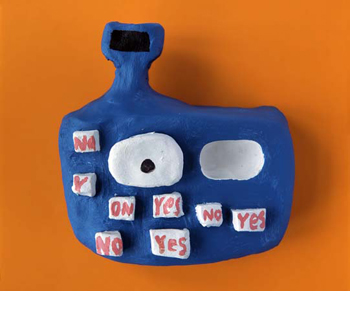 The imaginative and humorous photo cameras designed by the artist herself become the motif of this photo series. 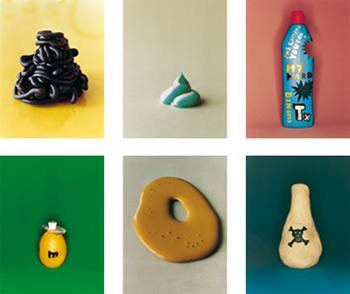 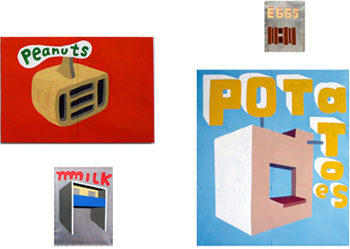 The "Snacks" series consists of 37 paintings painted in enamel on aluminium, each representing a snack stand, in which architecture and advertising lettering are combined. The series also includes a series of ink drawings. 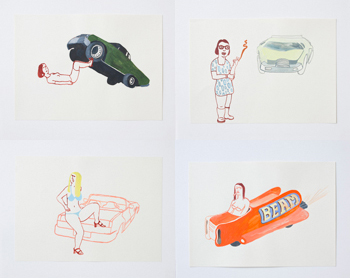 Topic of this series is a view on the picture motif -woman with car-, well known from images in advertisements, films and printmedia. 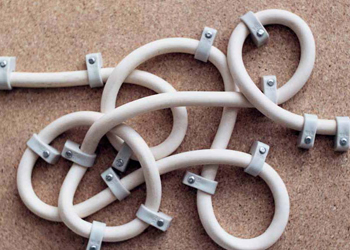 Usually we think of cables and sockets as disturbing in exhibition rooms. Antje Dorn points out this aspect and deals with it in her art works. 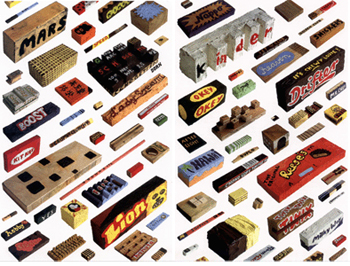