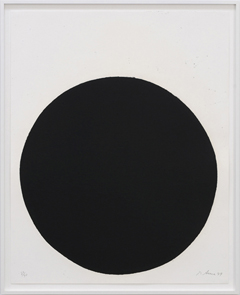 Richard Serra
Since the early seventies, Richard Serra dealt intensively with the possibilities of graphic reproduction. In addition to the sculptures, they are an essential part of his work.
Peter Wegner
The works in the series MINERAL LOGIC are in turn made out of the mineral muscovite. The structure of this natural raw material consists of paper-thin layers that can be separated off from the mass. MINERAL LOGIC showcases the surprisingly aesthetic impact of this material, which is used in industry as an extremely heat-resistant insulation material for high-voltage power lines. 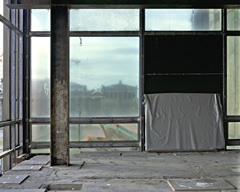 Thomas Florschuetz
The Palace of the Republic, where the East German parliament held its sessions and which was also used as a center for cultural events, has been torn down piece by piece since early 2006. Once an icon of state power – satirically called “Erich’s Lamp Store” after the leading DDR politician Erich Honecker and the innumerable hanging lamps in the foyer – the building was bereft of all ornament. special edition Neues Museum 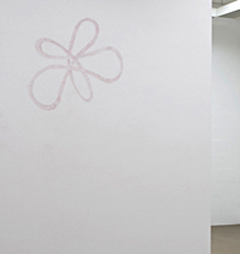 Evelina Cajacob
Perception and time play a significant role in the work of Evelina Cajacob. Lines meander into biomorphic forms or plait and knot-like structures on the walls and large-sized sheets of paper. Time is inscribed in them as a concentrated process of their creation or as a temporary drawing on the wall, that disappears over time after the exhibition. The delicate pencil and crayon drawings on the wall are often related to the space and the environment in which they are incurred. Their immediacy is unpretentious and an ease that makes you think.

Melanie Manchot
KISS concentrates on one of the gestures most intrinsic to cinematic language: the kiss. The work is filmed as an uncut 10 minute observation of a seemingly endless kiss on the topdeck of a London double-decker bus. Disengaged from their immediate environment, a young couple begins an intimate game of desire. Over the course of the film their exchange of embraces gathers intensity, growing increasingly passionate and demanding. The camera follows waves of desire, at times verging on pain and aggression then again full of joy and lightness.

Alfredo Álvarez Plágaro
First works of Cuadros Iguales were created at the end of the 80's. They do not present a rupture concerning earlier works, they are only the result of a fast development which radically changed my artistic concept. Since then, the following statement is characteristic to my work: "The most important is not what it is, but that what it is, it is repeatedly." By this I want to stress that repetition has become my most important motiv of my artistic will. 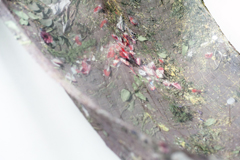 Laura Letinsky
The scarfs from the series Ecstatic, Even by Laura Letinsky are printed with photographs taken by the artist at various locations in and around Mumbai, including the flower market in Bangalore and a wedding marquee the day after the festivities. 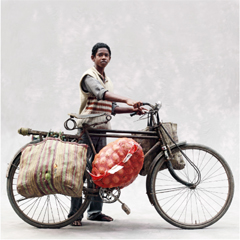 Anja Bohnhof
Anja Bohnhof realized several photo series in India, including Bahak, Krishak She photographed carriers on the street of Kolkata, farmers on rice fields and for the extensive project Tracking Gandhi, Bohnhof followed in the footsteps of Mahatma Gandhi to many different places in India and South Africa. 2015 she was honoured with the Gisela-Bonn-Prize, donated by the Indian Council of Cultural Relations.
In her series The Last Drop Bohnhof thematizes the life of women and girls, which is massivley affected by the lack of clean water supply. 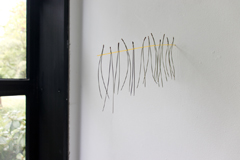 Zoe Dittrich-Wamser
In her works the young artist based in Düsseldorf combines varoius materials, while she is not hesitant to work break with associated conventions. Seemingly contrary elements are, often humorously, united in a way that they carry, support or strain one another.
Barbara Köhler 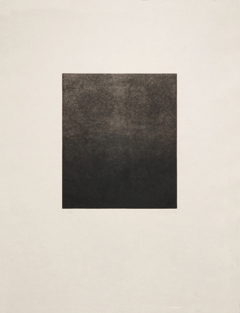 Gotthard Graubner
In addition to the prominent color space bodies there is, in the work of Gotthard Graubner, the area of the works on paper. Aquatinta etchings, drawings and watercolors continue the exploring of the "different effect of the color layers", compared to the bodily pillow pictures, delicate medium. 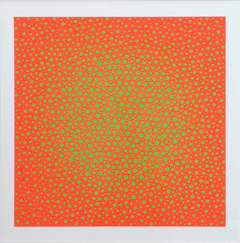 Kuno Gonschior
Since 1963 Kuno Gonschior deals with the intense research in the field of optical-art. However in contrast to this Gonschior does not concentrate on the act of seeing itself, but rather on colour and its relationship to the materials he uses. Thus the effect of color is always a main point in his paintings. 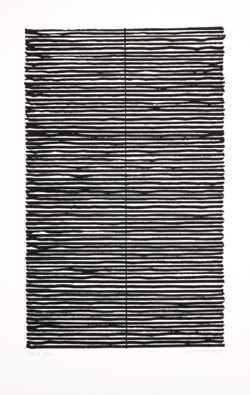 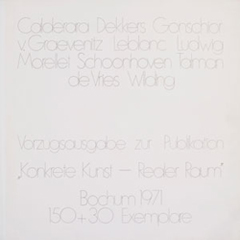