The exhibition IF & WHEN at Galerie m Bochum gets a new look from
August 29 onwards. Four recently finished works by American artist Peter Wegner will be included in the presentation and on view till September 15.

Peter Wegner is interested in the surfaces and qualities of the materials he uses for his works: MDF, graphite powder, matte and high-gloss enamel or acrylic paints meet and contrast each other. In his newest paintings, slender and precise cuttings draw through the surface of the MDF rectangles. The incisions provoke shadows and refractions of light or show color on their cutting edges.


Galerie m Bochum is pleased to present from 4 May to 8 September new works by the American artist Peter Wegner (*1963, South Dakota). Three of the four groups of works on display were conceived especially for the gallery. His installations, wall pieces and collages continue to explore the issues of color, ordering systems and the poetry of the ordinary already familiar from Wegner’s oeuvre to date.

ATLAS BLUE commands the whole floor of the large exhibition hall. Two circular fields are formed from over 300 painted beams of different lengths. One shimmers in many shades of blue, recalling a sparkling, backlit water surface. The other circle looks at first like a void, a mirrored surface waiting to be filled, because the beams in it are painted a matte white. Only a few of the beams display numbers and letters, representing cryptic fragments of color descriptions: BLUE POOL, C-925G AQU, 6 BLUE SKY. The written description and visual experience of color overlap. Seeing, recognizing and imagining coincide. ATLAS BLUE therefore continues to explore concepts addressed in other of Wegner’s installations beginning in 2003, for example SPACE, TIME & THE WEATHER.

In his WALL-TO-WALL-TO-WALL painting OASIS OASE created for Bochum, Wegner has for the first time used the form of the “bilingual” diptych. Two clearly demarcated rectangular color fields applied directly to the wall and the corresponding written descriptions of the respective hue carry out a dialogue on the wall. One green tone is both “Oase 130” and “4702 Oasis.” Or are they two different colors?
The color cards commonly used in Germany and America with their efforts to clearly identify and categorize colors and their names provided the inspiration for Wegner’s work. The chaos surrounding pigments as products made by various international manufacturers, all with their own associative names and descriptions for the many shades, is detached here from the demands of industrial expedience.

The poetic quality of Wegner’s works runs like a thread through his entire oeuvre. The clear formal language and monochromatic elements allow the viewer to experience a lightness and lucidity that does not necessarily seem inherent in the simple materials and their basic shapes. This phenomenon can also be found in the wall-mounted LATTICES. The rectangular basic form made of MDF resembles the dimensions of a canvas, and yet the perforations add a third dimension that creates a sculptural quality. The inner edges of the cut-out areas in SHORT POEM ABOUT A CLOUD cast delicate colored shadows onto the wall behind them. The pale yellow, light blue and light red household paint thus creates in conjunction with the light, the omissions, the MDF surface and the wall a volatile atmospheric sculpture reminiscent of a cloud.

In the long gallery, nearly transparent collages with shimmering alabaster surfaces seem to float before the wall. Individual rectangular films come together to form a cohesive whole, but one with intersections, overlaps and empty spaces where the wall shows through. The sober chemical description of the material is: K Al2 AlSi3 O10 (OH)2. The works in the series MINERAL LOGIC are in turn made out of the mineral muscovite. The structure of this natural raw material consists of paper-thin layers that can be separated off from the mass. MINERAL LOGIC showcases the surprisingly aesthetic impact of this material, which is used in industry as an extremely heat-resistant insulation material for high-voltage power lines.

In the works of Peter Wegner everyday things are brought into the art context, where our perceptions of them are transformed. Out of honest materials, light, shadow and words the artist elicits very tangible visual pleasure. In the process, he shakes up, as if in passing, our matter-of-fact understanding of the world, revealing the codes that surround us and which determine our lives without us being aware of it. The visual and poetic, as well as philosophical depth of his works haunts us long after.

Peter Wegner grew up in South Dakota and graduated from Yale University. After many years in Brooklyn, New York he now lives in Berkeley, California. Permanent collections featuring Wegner’s work include: The Guggenheim Museum, New York; The Museum of Modern Art, New York; The Museum of Contemporary Art, Los Angeles; The Getty Center, Los Angeles; The San Francisco Museum of Modern Art; and The Yale University Art Gallery, among others.

more information about the work of Peter Wegner 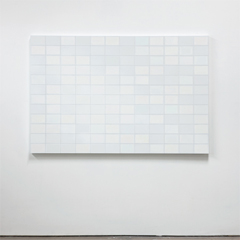 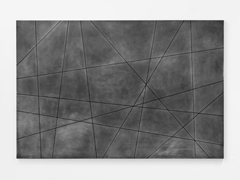 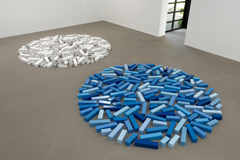 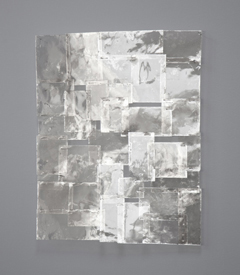