A work that itself moves between genres is the unique and highly intriguing bewegten Bilder (moving images) series by Ger van Elk, which incorporates references to classic panel painting, photography and film. We are showing two of his latest pieces, which are sure to be attention-getters. Hohlbein – Adieu not only pays homage to the great artist who is currently being honored in Basel, but is also a reflection on the transience of human life.


Also created just this year is the sculpture by Giuseppe Spagnulo that we are showing alongside one of the few still available Steel Props by Richard Serra. In addition to sculptures, drawings by both artists will also be on view, supplementing a collection of graphic works by Ellsworth Kelly, Robert Mangold, Robert Ryman and Joel Shapiro, some of the outstanding figures in American art since the 1960s.


Leon Polk Smith’s large-format Constellation Black-White, Ron Gorchov’s Platform and Gotthard Graubner’s Farbraumkörper (Color-space-body) are the main paintings in the exhibit, each departing in its own unmistakable way from the classic panel format. Arman’s Accumulation changes back and forth between painting and object, as does the work on display by Elisabeth Vary, while Sybille Berger’s large-format, intensely colorful piece exemplifies one of the most recent painterly approaches. Reduced in color by contrast, with an intense concentration on the act of painting, are the works in Lee Ufan’s Correspondence series. Galerie m is showing these together with his new sculptures and watercolors in a solo exhibition in Bochum, until June 28.


The spectrum of photography shown in Basel ranges from Evelyn Hofer’s classic still lifes, to architectural photography by Thomas Florschuetz and self-dramatizations by Aino Kannisto, all the way to the death cells depicted by Lucinda Devlin. The fascinating work of Evelyn Hofer will be the subject of an ambitious retrospective taking place from June 3 to September 3, 2006 at The Hague Museum of Photography in Holland, while Lucinda Devlin’s entire Omega Suites series will be on display at the Saarland Museum from May 23 to July 16, 2006. 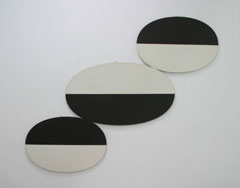 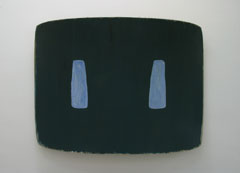 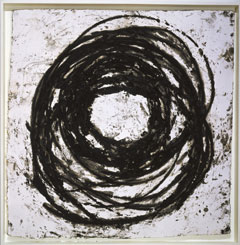 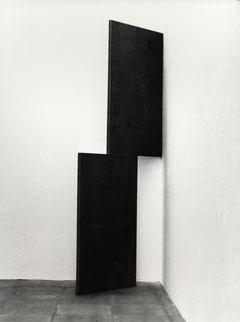