In Field Culture (2006-10) Lucinda Devlin turns her attention to the American countryside, thus breaking with a constant of her earlier series. Since 1977 the artist has almost exclusively depicted interiors: clinical, well-organized, carefully styled and high-tech functional or also entertainment spaces, such as spas, amusement parks, animal enclosures, medical treatment rooms or, as in The Omega Suites (since 1991), execution rooms in American penitentiaries. The customs, values and convictions of a culture are abstract. But Lucinda Devlin shows us how they are made tangible by furnishings and equipment, in the way rooms are designed and in their functionality.

Her series Field Culture at first consisted of photographs from the Empire Farm Days – open-air agricultural fairs – and pictures of gigantic, high-tech industrial farming machines. And yet while she was working on portraying the cultural landscape, the beauty and specificity of the fields themselves always managed to obtrude into the picture. She thus ended up setting a round ball of hay like a portrait sitter in the middle of a picture; in the background, under a resplendent blue sky, the edge of a field appears as horizontal bar. Having grown up in the Mid-West and now living in Indiana, center of America's “grain belt,” Lucinda Devlin is familiar with the seemingly boundless fields of green soy plants and golden yellow waves of grain.
These landscapes are characteristic of America, but without looking clichéd. Between the plant stems spreading out to the horizon, utility poles and wind turbines grow up out of the fields. Shiny silver silos remind us of the manmade structuring of the landscape, evidenced in the neat rows, the repetition of parallel furrows. As paradigm for global industrial farming, the American agricultural landscape is no longer a natural countryside, but rather a cultural space crafted by man and machine.

With their clear-cut structure, Devlin’s photographs can be grasped quickly. The square format and central perspective make the object her camera lens has focused in on perfectly plain. On the level of content, however, the motif’s complexity and depth become apparent: we begin to wonder about energy, its sources, its consumption and its storage, and about the future of agriculture – ultimately about the future of our natural environment and culture.

Contrasting with these green and gold fields are the Lake Pictures (2010/11), presented at the entrance to the exhibition. With their reduced formal language and calm tonality, they reinforce the impression of infinite expanses. The series is devoted to Lake Huron, one of North America’s five Great Lakes marking the border between the US and Canada. It is fascinating to see how much the surface of the lake varies in the different photographs, although the photographer’s point of view and framing remained the same. The colors and atmosphere here are shaped alone by the light at the various times of day or night, by weather conditions and the season.
As in the pictures in the Field Culture series, the landscape appears endless here – yet in a less readily visible, more metaphysical way. The mind’s eye follows the surfaces of water and sky beyond the margins of the picture. As a constant orientation aid, the horizon guides us through the time of year, day and night. Nature and not primarily culture is the subject here. 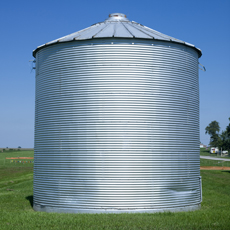 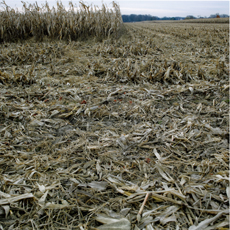