Gotthard Graubner is dedicating his exhibition “Chapeau, mon ami” to the 40th anniversary of Galerie m Bochum and to its founder, his friend Alexander von Berswordt.

”My pictures compose themselves in the waxing of the light [...]” Graubner places great importance on light and space in installations of his paintings. In the spacious, light-flooded rooms of Galerie m, he stages a symbiotic dialog between the pictures and the space. The color-saturated plane breathes, and the positioning of the color space bodies in turn makes the whole gallery start to breathe.

Max Imdahl called Graubner’s color spaces “sensation spaces.” Just how apt this description is can be seen plainly in the color space bodies from the 1980s to today. The cushion paintings with their intense, contrasting color schemes elude the viewer’s rational faculties with their color-dominated brand of reality. The inner liveliness of the painterly gesture is further heightened in these works by their volume, making them literally seem to reach out into space. Paint and ground meld to become a tangible color body, a “painterly organism.” The foam cushion pictures covered in Perlon fabric from the 1960s and 70s are by contrast delicate pictorial objects that harbor the immaterial manifestation of colored light within. Graubner likes to call them light trampolines.

Graubner’s works interact with each other, with the space and with the viewer. The colors pulsate and change – and the artist is still involved today in investigating the “varying effects of color layers.”

For the past 40 years, Galerie m has developed its program in close cooperation with the artists.
Founded in 1969 by Alexander von Berswordt and housed since 1972 in spacious galleries set in the grounds of Haus Weitmar, Galerie m has always set its sights on a progressive program of exhibitions. The gallery has worked closely over the years with artists such as François Morellet, Lee Ufan, Richard Serra, Arnulf Rainer and Gotthard Graubner, to whom it has been indebted since its inception. While in the early days the focus was above all on the New Concrete Art, Susanne Breidenbach also developed an additional specialization in photography in the early1990s: artists including Lucinda Devlin, Thomas Florschuetz, Evelyn Hofer, Dirk Reinartz and Aino Kannisto can be cited in this context.
Susanne Breidenbach has been the owner of Galerie m since 2003. She devotes one of four exhibitions each year to a new artistic position, embracing extremely diverse media. In past years, works by Carla Guagliardi, Sybille Berger, Melanie Manchot, Jan Wawrzyniak and Laura Letinsky have given visitors to the gallery an exciting look at the contemporary art scene.

The gallery is celebrating the occasion 40 years of Galerie m Bochum with an exhibition trilogy, thus highlighting the art that is at the center of all its activities. The program was kicked off in November with the exhibition M back to m, featuring the latest works by François Morellet (France, *1926). A new artist at Galerie m, Peter Wegner (USA, *1963), will be on view from February to May 2009 with a show entitled P,E,T,E,R,W,E,G,N,E,R,. As yet unknown in Europe, Wegner’s art carries on the tradition of Concrete Art or Minimalism, but reflects these roots from a certain distance, with Wegner developing completely new artistic formulations.

“Chapeau, mon ami,” an exhibition mounted by Gotthard Graubner (born 1930 in Erlbach im Vogtland), includes works spanning 40 years. On 15 May we would then like to celebrate our anniversary together with the artist – and with you, the friends of the gallery, collectors, curators and critics – who have accompanied us through the past 40 years! 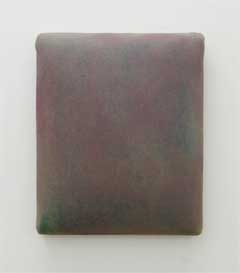 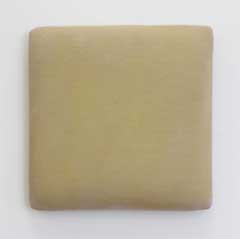 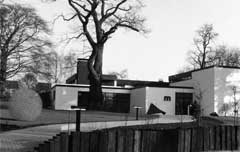 Galerie m in the seventies 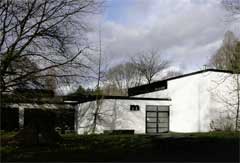