o. T. (Plexus)
"The body and its surface as a screen increasingly pre-occopied Florschuetz from the mid-90s, particulary in his works that are called his Plexus series. And as the photograph is of itself nothing more tha a screened image onto a surface, ‘darks specks suspended permanently on a piece of paper'."
Mark Giesbourne

As in the series Enclosure and Blumenstücke (Riccochet), the Plexus series is all about transparency and lucidity, but in this case the boundary region explored is between inside and outside. 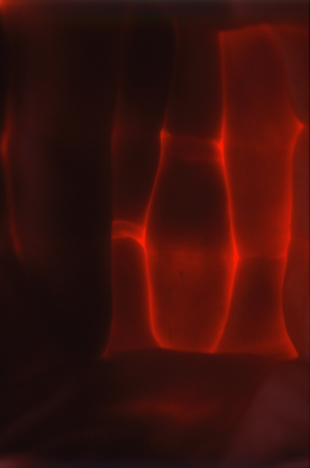