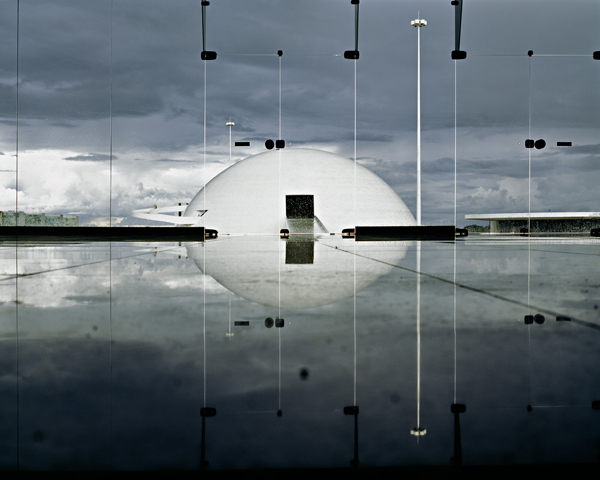 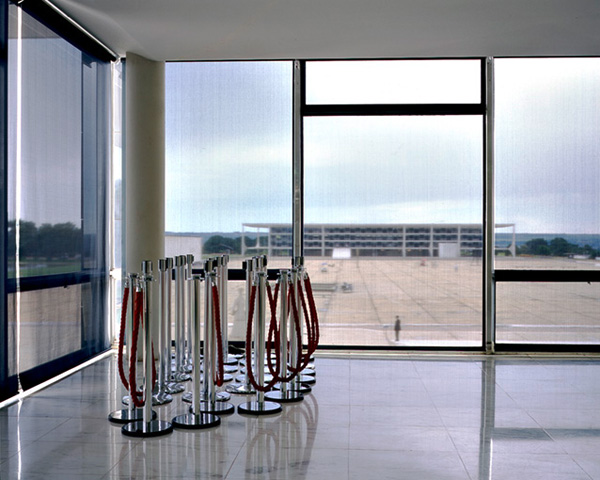 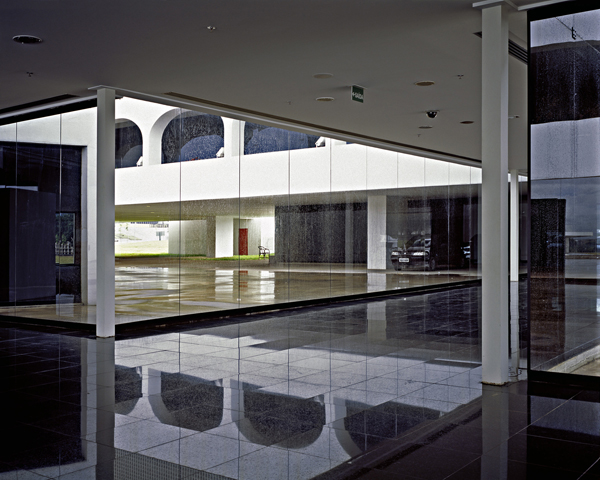 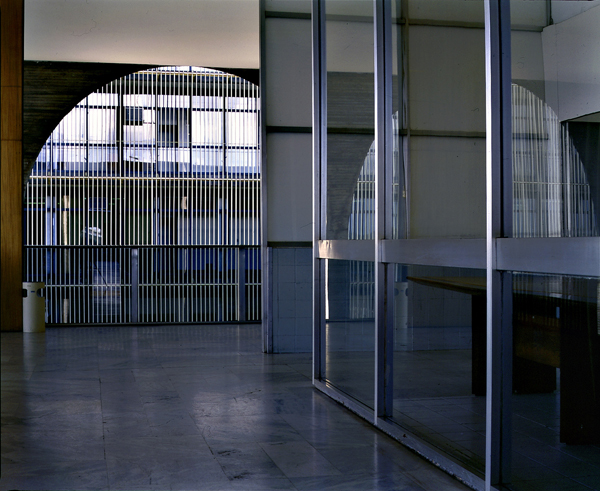 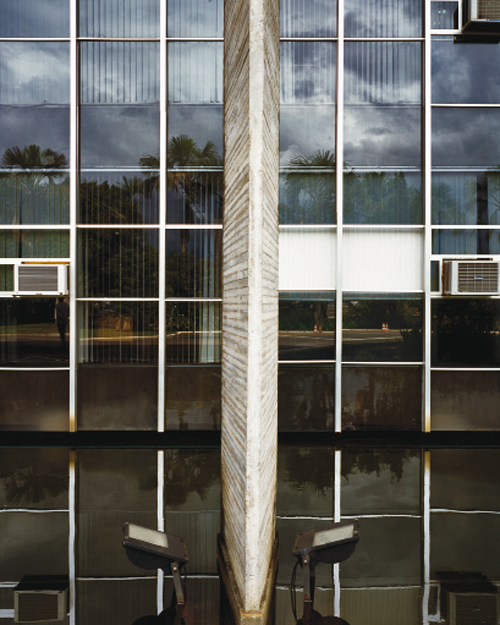 
Oscar Niemeyer, who worked with Le Corbusier on the construction of the UN Headquarters in New York, alread captured Florschuetz’s interest in the early two-thousands, when he made a series of pictures of school buildings by Niemeyer in Rio de Janeiro. The photographs in Brasilia were then produced starting in 2007.

Florschuetz was interested in the utopian aspect of this planned city and what it was like in real life. The idea hatched in the nineteen-fifties of relocating Brazil’s capital from Rio de Janeiro to a town in the middle of the countryside arose from a desire to reflect the totality of the vast country to a greater extent than had been done before. Brasilia was to give the emerging country a new center, both physically and ideologically, by means of aesthetic and functional urban planning and architecture.

Florschuetz’s views of reflective corridors, building lines leading off into the distance, and vast plazas show places that are obvious in function and whose users have evidently installed themselves respectfully in the ideal architecture. The clutter-free corridors and empty spaces bear witness to a knowledge and appreciation of the spirit of Niemeyer’s and Lúcio Costa’s architecture and planning.