GLAS/WASSER
Thomas Florschuetz’s works from the series Glas/Wasser and K52 aim to capture the unique appearance of the various objects and to represent it in a picture. The photographs of the series Glas/Wasser focus on a glass filled with water and in some cases ice cubes. Thomas Florschuetz investigates here the phenomena of light, color, mirroring and reflections on the technical as well as the compositional level. In Glas/Wasser series the gaze is directed at, and into, a physical object, in this second group of works the eyes wander instead from interior to exterior. 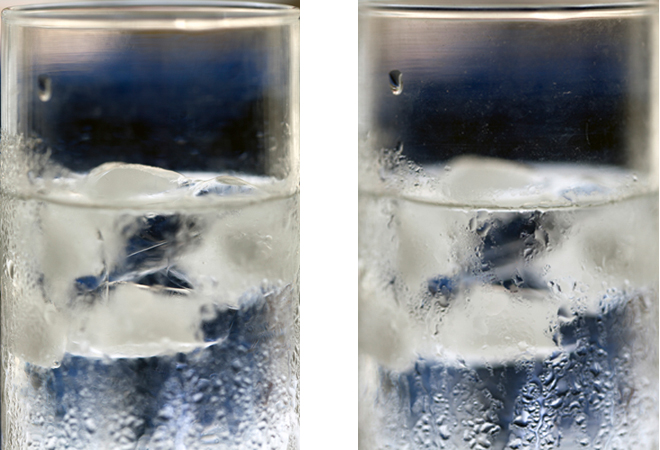 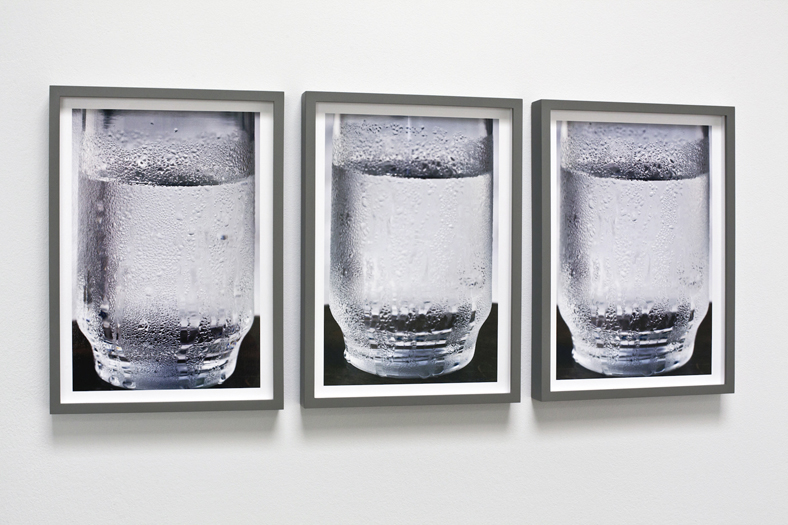 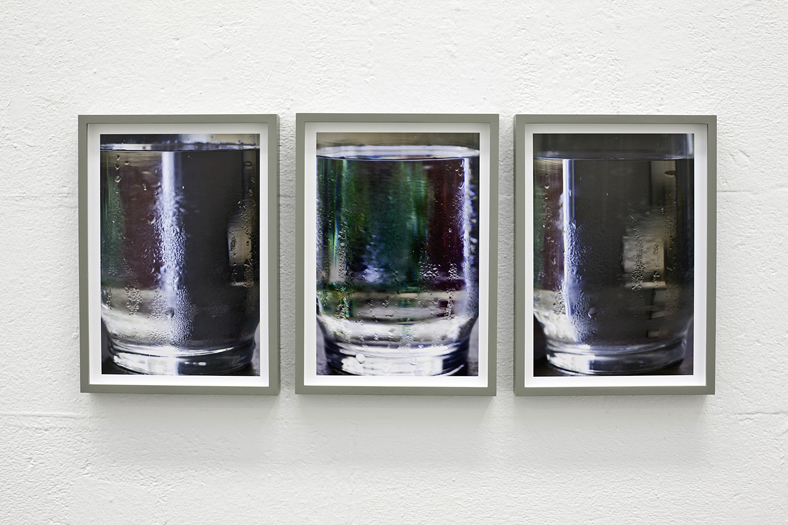 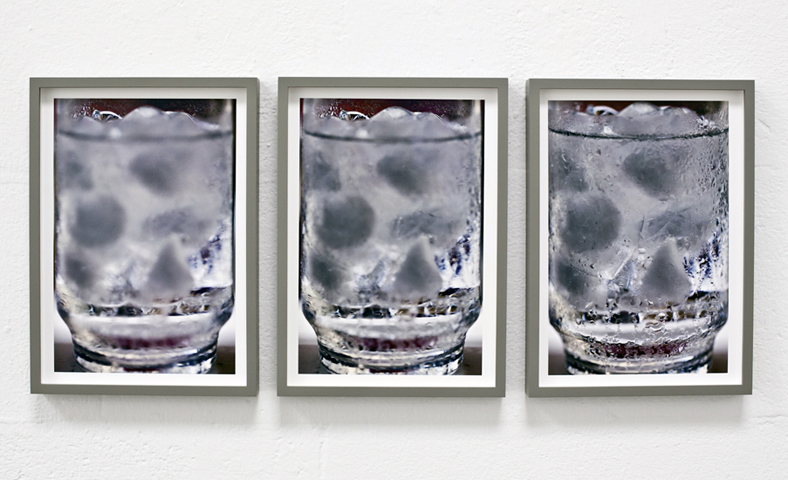 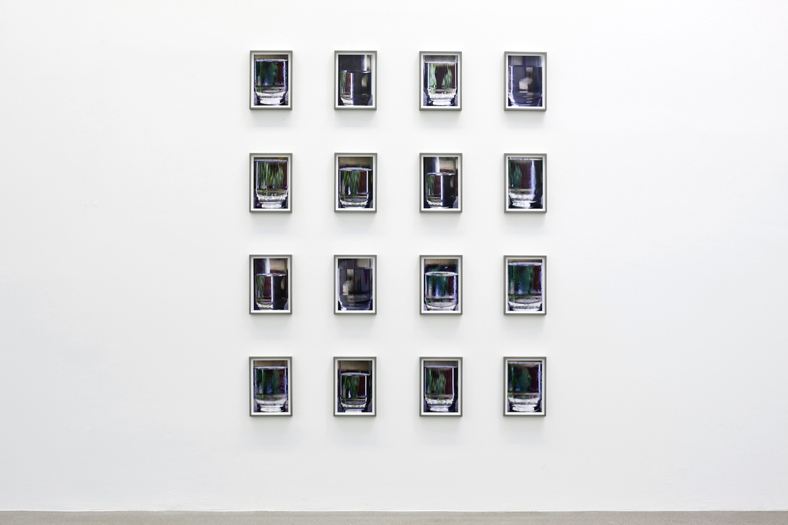 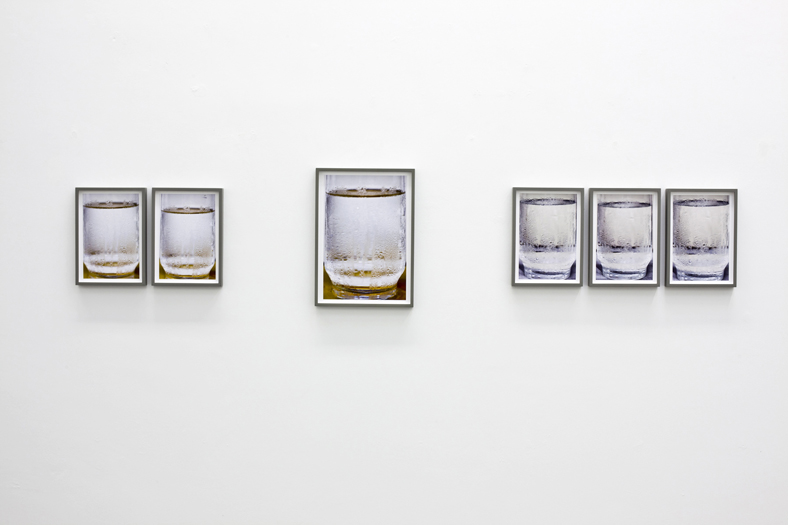 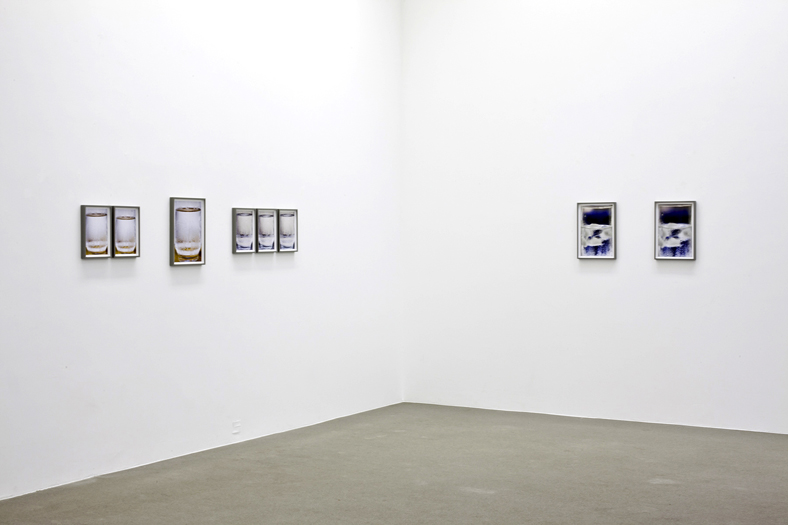 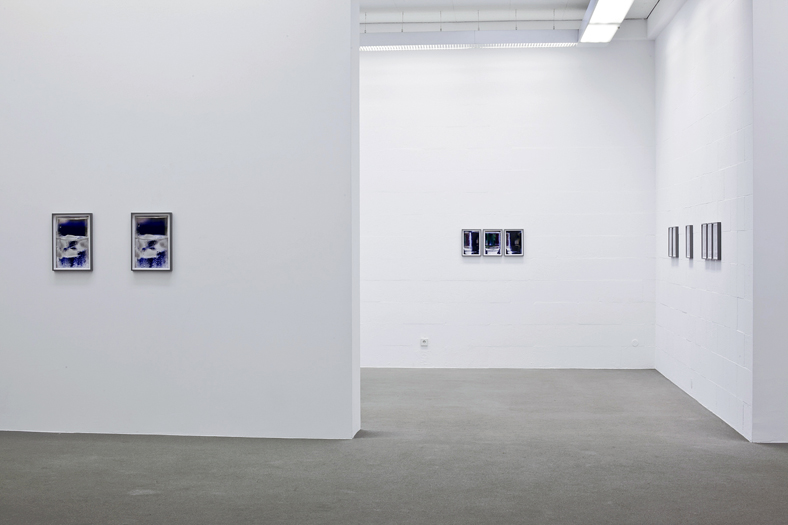