Enclosure (Golf Club)
More than 80 years ago, Ludwig Mies van der Rohe took part in a competition for the design of a club house for the newly founded Krefeld Golf Club. Due to the Great Depression however, the house was never built. In 2013, Mies’ design was finally put into practice in the project MIES 1:1 the Golfclubproject under the artistic directorship of the Belgian architect Paul Robbrecht at the initially planned site on the outskirts of Krefeld. The model was built according to the original plans as a walkable architecture model at a scale of 1:1, thus creating a highly exceptional exhibition of architecture. Visitors were able to see and experience the basic design concepts of Mies van der Rohe. Due to his long term interest in the architecture of Mies van der Rohe, Thomas Florschuetz visited the model several times and developed a stunning series of photographs. 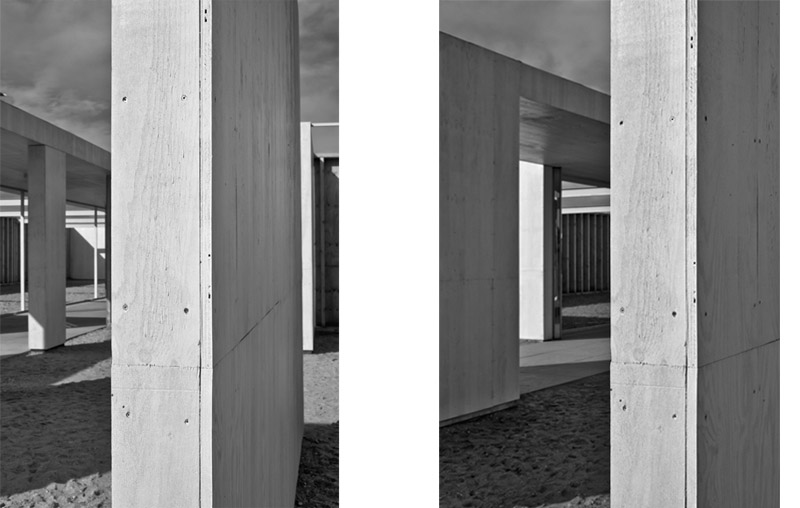