Adaptation
The works of the series Adaption show the Museo de Arte Moderna in Rio de Janeiro, built in 1954 by Affonso Eduardo Reidy, who, along with Oscar Niemeyer, Lúcio Costa and Lina Bo Bardi, counts among Brazil’s foremost modernist architects. The views of the building, zeroing in on selected details, for the most part prevent the viewer from taking in the structure as a whole. Instead, they convey a photographically concrete idea of what the depicted building might look like.

The plunging diagonal lines and the rough-looking surfaces and forms of the exposed concrete thus conjure abstract compositions that only look as though they are emancipating themselves from the underlying architecture. In Florschuetz’s pictures, both the building’s physical presence and the geometrical clarity of its lines remain keenly palpable. 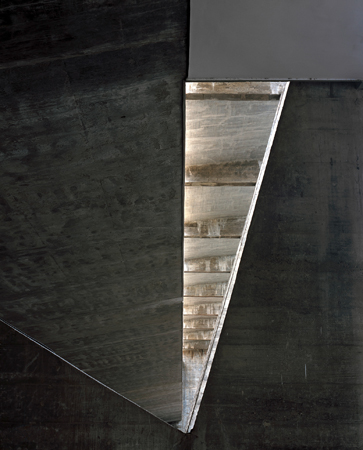 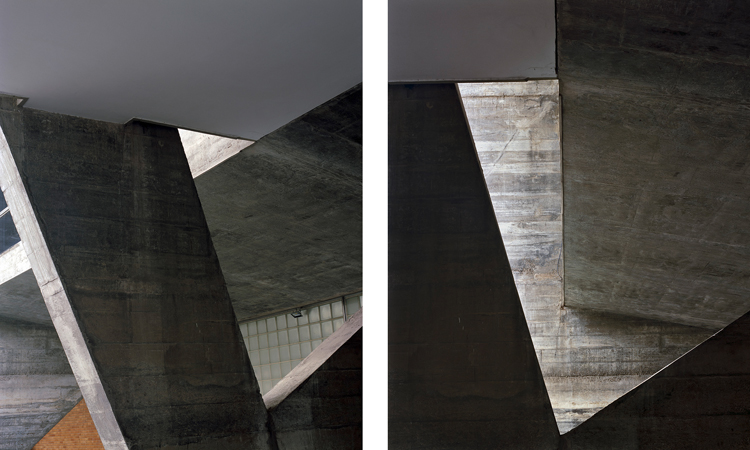