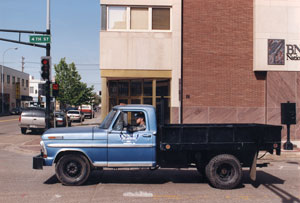 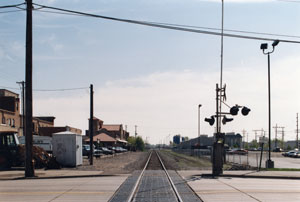 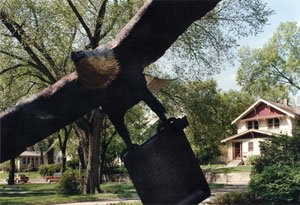 Bismarck, Otto von: founder and Chancellor of the German Reich of 1871, recipient of honors and immortalized like no other statesman. Numerous monuments commemorate him, streets and public buildings bear his name. Even a kind of herring is named after him ...

Bismarck, N.D.: a town in the northwestern USA named after the Prussian politician. Clever settlers rechristened the city in the 1870s to lure deep-pocketed investors with the aura of glory the name connotes.

Today, over 50,000 people live in North Dakota’s capital. Seen with German eyes, Bismarck looks like any other American small town. The streets are clean, the residential areas well kept-up. The crime rate is low. There are many churches, but not a single discotheque. Nowhere can a monument to the city’s namegiver be found, but the appellation “Bismarck” is seen all over the business district: Bank of Bismarck, Bismarck Hospital, Bismarck High School, Bismarck Auditorium, Bismarck Hair College...

During his many trips to the USA, Reinartz regularly noticed the town of Bismarck way up north on the US weather map on television. The 100th anniversary of Otto von Bismarck’s death gave him an opportunity to visit the city and to take photos there.