The video projection LangeZeit by Evelina Cajacob, begins with the end of a long, thick wool thread that seems to come out of nowhere. A human figure, of whom only the upper body is dimly discernible, winds the rough wool patiently and evenly into an ever-fatter ball. With time, the ball grows so large and heavy that the act obviously takes some effort. After 80 minutes, the loop starts up again from the beginning.

The time it takes to practice a craft is present in this work, just like it is in all the others. It is light and heavy at once and the way they are shown makes the action seem surreal. However the sujets of Cajacob are timeless, recurrent phenomenon. 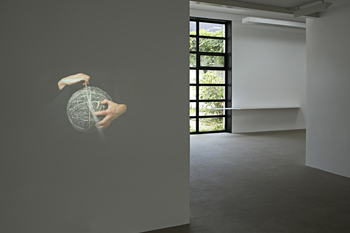 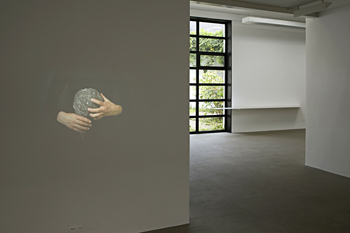 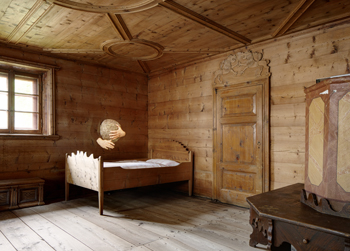