In the group exhibition “Hopes of Paradise,” Galerie m brings together works by 16 artists across six rooms. Among them are a neon piece by François Morellet and sculptures by Lee Ufan, photographs by Thomas Florschuetz and Simone Nieweg, new tapestries by Stephan Schenk, paintings by Caroline von Grone and Antje Dorn, objects by François Perrodin and Peter Wegner, as well as drawings and sculptures by Christiane Löhr, in her debut showing at the gallery. The selected assemblage of works explores the push and pull between themes such as paradise, nature, and the garden and reflections on homeland, flight, and utopian worlds.

The broad spectrum covered is already evident in the very first room of the show, where Thomas Florschuetz’s large-format photograph “enclosure (Brasilia) 05” from 2008/10, an aerial view of the visionary city of Brasilia, designed by Oscar Niemeyer, that appears to be a clearly arranged composition of geometric forms, is juxtaposed with a picture by Simone Nieweg that transports the viewer to the dappled shadows underneath a Californian grapefruit tree. Austere planned architecture on the one hand, and on the other a natural setting that has been subtly cultivated by human hand but is still quite chaotic. This part of the exhibition contemplates the reciprocal relationship between human and nature, between realized plans and visions for the future that are often linked to concepts of earthly paradise.

The concept for the exhibition came about over the past several months in the course of numerous conversations with artists, curators, collectors and friends, and it is closely connected with personal impressions of the events of our day. In a time when we here in Germany are doing comparatively well, our encounters with others deal increasingly frequently and intensely with conflicts in world politics and the tangible presence of the associated crises and flight, with identity, loss and fear, with the feeling that once-established orders are dissolving and the question of where it all will lead.

Susanne Breidenbach and her employees Julia Sonnenfeld and Katja Tallner felt a personal need to respond to this state of affairs in a special way with the exhibition “Hopes of Paradise.” The show invites visitors to engage with diverse artistic formulations and, in the process, to immerse themselves in the widely divergent sensory worlds of the respective works of art – as they continue to think about our shared “Hopes of Paradise.”

further information on the exhibition 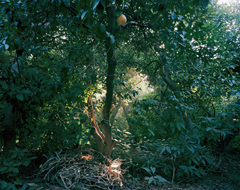 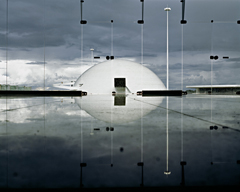